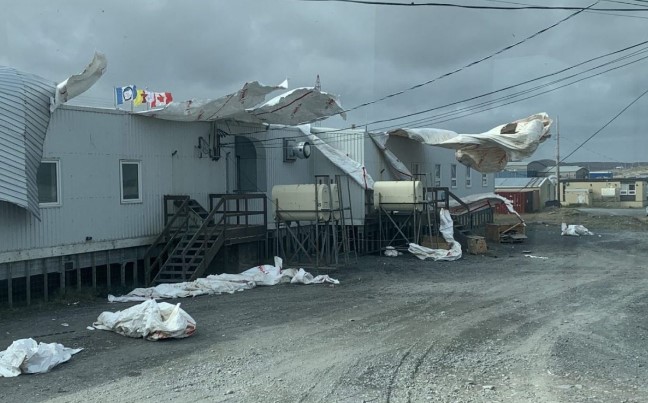 Construction projects across Nunavut are being cancelled due to rising costs, the territory’s legislative assembly heard recently. Two five-plexes planned for the community of Taloyoak were axed after all bids were well over budget.

Canada’s rising inflation rate, high fuel prices and supply chain delays also resulted in construction projects being cancelled in the territory over the past two years.

In May 2021, the construction of four four-plexes in Iqulait was cancelled because project bids were $3.3 million over budget. At the time, officials said costs were up 30 per cent over last year – as a result of the spike in prices for lumber and other construction materials.

As a result, the government says its mandate to build 1,000 new housing units across the territory over the next four years is in jeopardy. Officials are working with the private sector to find “innovative” ways to lower project costs.

According to a 2020 report by the Nunavut Housing Corp., more than 3,000 new units are needed to accommodate housing demand in Nunavut.

And it’s not just housing projects that are being cancelled:

Construction to replace Sanikiluaq’s hamlet office destroyed in a storm in 2020 has also been cancelled – $13 million was budgeted, but bids were “considerably higher”.

“I can’t give a definitive timeline for when construction will proceed, but once I have further details I will follow up,” said David Joanasie, minister of community and “We haven’t decided whether to retender the project after this first go-around,” he said. “We will have to seek additional funding to proceed.”

Plans to replace a 50-year-old power plant in Kugluktuk is also on hold due to costs.