Northern Ontario’s largest hydroelectric project in 50 years is now fully in service thanks to a unique partnership between the Moose Cree First Nation and Ontario Power Generation (OPG), OPG said in a news release. Six new units on the Lower Mattagami River will add 438 MWs of greenhouse gas-free electricity – or enough capacity to meet nearly three times the peak demand of Thunder Bay.

“I’ve visited the Lower Mattagami site and have a great appreciation of the size and scope of this project as well as the people who have brought the project in on time and on budget,” said Ontario energy minister Bob Chiarelli. “The Lower Mattagami Project will deliver long-term results for our electricity system while providing clean, reliable and affordable electricity for Ontarians.”

“The project has helped rejuvenate the Moose Cree community and given our economy a much-needed boost,” said Moose Cree First Nation chief Norm Hardisty Jr.  “Many of our members will be able to use the training and new skills they developed to work on other infrastructure projects.”

“This one-of-a-kind success story illustrates the power of partnership, a shared vision and solid project management,” said OPG president and CEO Tom Mitchell.  “I’m very proud of the many workers, contractors, our Moose Cree partners and OPG employees for their incredible efforts. Successfully completing a project of this magnitude happens because good, skilled people dedicate themselves to getting the job done right.” 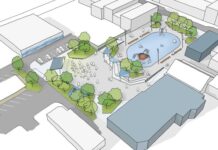 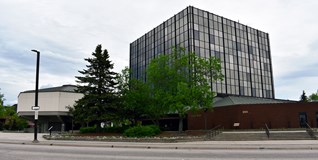