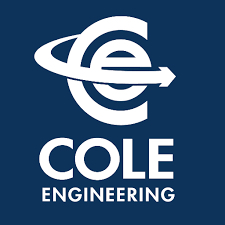 Miranda Watts, business unit leader – ICI construction administration, says the site’s bedrock composition has been one of the project’s greatest challenges. “We had combinations of sound bedrock and rock fill to contend with,” she said. “Part of the challenge was determining the most economical places to install services to minimize blasting efforts.”

She says normally provisions for future services can be installed to accommodate assumed future site development but in this scenario the team had to know what was going to be on the site and precisely where it would be located to keep the project cost effective.

The mall’s developers, 1605007 Ontario Ltd., contracted with Cole after the site had been shattered, blasted and generally graded. Cole needed to ensure the site’s final grades lay somewhere between one and three per cent to eliminate potential issues, including cart rolling for the Sobey’s lot and safety during Elliot Lake’s cold and icy winters.

Watts says, considering the original condition of the site that could have been a challenge, but these issues have been solved.

Cole’s team is now overseeing the site works. A full-time inspector will remain until the asphalt is placed sometime in October. After that, Cole will return after one year and then again after two years to ensure deficiencies are resolved and the site functions as intended.

Understanding the mall is a community hub and important to everyday living in the community, Watts says the team appreciates the community’s interest in the project.

“We were on site for the hand-off between Tulloch Engineering and Cole Engineering and watched residents stopping at the Tim Horton’s to grab a coffee and then setting up to watch the work going on.”

Cole also has worked in Sudbury on the Long Lake Walmart and Watts says the company is looking forward to greater involvement in Northern Ontario. 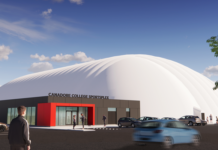 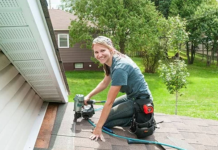