Science North has chosen a waterfront site in Thunder Bay as the preferred location to build a new 34,000 sq. ft. science centre.

The new centre will replace Science North’s satellite base in Thunder Bay was established in 2010 and reaches about 30,000 youth in Northwestern Ontario (NWO) through school outreach programs, public events, First Nation outreach and camps on an annual basis.

Known as Pool 6, the chosen site was previously used for industrial development.

Construction is being called a pivotal project for the city.

“The CEDC has been working with Science North for well over a year now in support of potentially locating their new campus on these former industrial lands adjacent to Prince Arthur’s Landing,” said CEDC CEO Eric Zakrewski.

“We at the CEDC and Tourism Thunder Bay envision this project could be a catalyst for further major investments in development at Pool 6 associated with recent and planned cruise shipping activity and tourist attraction.

Work is being funded in part by the NOHFC, FedNor, the Thunder Bay CEDC and the City of Kenora.

“We are thrilled to be moving forward with the schematic design phase of the Northwest Expansion and are grateful to have support from all three levels of government to do so,” said Science North CEO Ashley Larose.

“Choosing Waterfront’s Pool 6 as the desired location is an exciting milestone in our Northwest Expansion. This phase of the project will also see us mapping out design elements and determining the experiences.”

In addition to supporting the project financially, city staff played an essential role in assessing and recommending potential sites for the science centre. 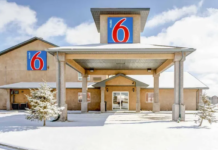 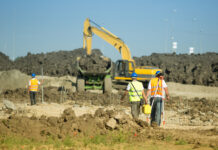