The detachment buildings are similar to each other in their scope and functionality, as are the forensic units and regional headquarters, differing only in terms of their size.

Through an Infrastructure Ontario public-private partnership and delivered using an Alternative Financing and Procurement (AFP) design, build, finance and maintain model, Bird Design Build Ltd. is responsible for construction, with Honeywell acting as the service provider for the 30-year maintenance contract. Shield Infrastructure Partnership will receive annual payments from the Ministry of Community Safety and Correctional Services over that period to cover construction, building maintenance, life-cycle repair and renewal, and project financing. Lifecycle repair and renewal will ensure heating and cooling systems, windows, floors and roofing structures, for example, are kept in excellent working condition for the duration of the contract.

Among the locations to benefit from the program are Armstrong, Iroquois Falls, Kapuskasing, Nipigon and Dryden, where new detachments were installed; Kenora,  the site of a new FIS unit; and North Bay who received both a regional headquarters and FIS unit.

The builders are completing the final projects through the next few months.  “Our sites in Nipigon and Dryden have been completed and turned over to the OPP,” says Bird’s Clinton Carr.  “Our site in Armstrong is complete and in Kenora we are nearing completion. Both sites will be ready for turnover to the OPP on the scheduled dates of October 24th and November 13th respectively. South Porcupine was turned over in early October and Orillia will be the last site being turned over on Nov 23.”

Carr says the staged turnover schedule means continued visits to the sites several times a week by both OPP and Bird staff to ensure their security. “All security systems are operational and in some cases the new sites are located next to existing OPP detachments but until the OPP are fully moved in, we’ll keep an eye on them.”

Carr says there are several reasons the sites have been completed ahead of schedule. “There are logistics to be considered in getting to sites like Kenora and Armstrong both for trades and materials so they were set later in the schedule and extra time was factored in there,” he said. “In the case of Armstrong though the general contractor, Tom Jones Corp., started the job a few months ahead of schedule which got trades on site earlier and kept everything ahead of schedule for everyone involved.”

For many northern regions, the upgrading of these units will have a huge impact towards supporting the workings of the OPP. In North Bay for instance the boundaries covered stretch from Parry Sound and Burk’s Falls to Moosonee and Hearst and to Mattawa and White River – more than 285,000 square kilometres.

Ken Sim, president of Excel Landscaping, says his company has had responsibility for the landscaping and chain link for the North Bay location. “There is a lot of green space here and a lot of time was put into planting trees and vegetation, installing walkways and areas for benches.”

“Bird was great to work with,” says Sim. “The project allowed us ample and reasonable time to do what we needed to do. This was a big project for us and we’re proud to support the efforts of the OPP through this beautiful project.”

Though the distance between sites and the deeper foundations required for the northern locations could have added layers of complication, Carr says all of the design fine tuning and adaptations were made earlier in the process so by the time work started on the northern detachments, there was no fine tuning left to do.

As at the end of every project, once final handoff is complete, Carr says the team will sit back and evaluate the project and determine any areas for continued improvement. “There will certainly be input from everyone so moving forward we are better prepared but at this point the feedback from the OPP has been nothing but positive. They have gone from smaller, outdated facilities to state-of-the-art working environments that support their growing staff populations,” he says. “From the members of Infrastructure Ontario to the OPP, to the designers and trades involved, this was a great job by all.”

A one-man residential lawn mowing endeavour has evolved into a 46 member staff and complete landscaping work on commercial and institutional projects.

President Ken Sim says his business evolved slowly and naturally. “Starting with the lawn mowing I added interlock and then weeping tiles, gradually increasing the scope of what I could do, the size of jobs I could handle and we brought on staff as that growth happened.”

Now located in a 10,000 sq. ft. shop, Sim says he prefers to stay local and there are enough opportunities to allow him to do so. “We’ve done jobs here including landscaping for roundabouts; the North Bay Water Treatment Plant; and the North Bay Regional Health Centre.” 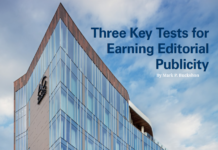