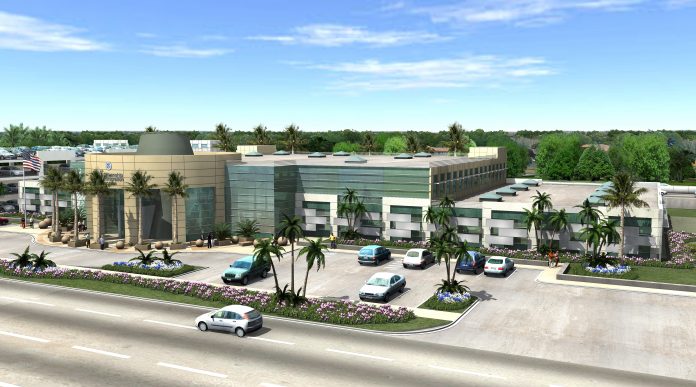 The question is: How is the industry coping, and what lies ahead.

“The Vale Clean AER project is a major factor. Ontario Power Generation in the north has four large hydro electric projects under construction,” Cardinal told the Sudbury Star. “It’s phenomenal. (It means) a lot of work and hopefully will attract potential new members that are working at a good wage with good benefits and good pensions.”
This good news is backed by indications that both unions and employers want to ensure a peaceful, strike and lock-out free environment.

“There’s not going to be any work stoppage. The employers can’t lock us out and we can’t go on strike. There’s a dispute mechanism put in place (ensuring) that both sides reach an agreement,” Cardinal told the Star.

Employers, meanwhile, can bid aggressively and plan for the future knowing they won’t face unwelcome work stoppages, says Denis Shank, the Sudbury Construction Association’s executive director. “We’re going to experience an influx of workers, some are temporary, some might stay,” he told the Star. “We’ll probably have a housing boom. The vacancy rate will probably drop.” (See separate story housing assessments and demand.)

On a more immediate level, the carpenters union and SNC Lavalin are co-operating in resolving a grievance that the union filed to the Ontario Labour Relations Board about the use of non-union contracts on Vale’s AER project, which officially started in June with a ground-breaking ceremony at Vale’s Copper Cliff smelter.

The labour board ruled in favour of the union after SNC-Lavalin failed to respond by the deadline to the grievance.

“The Carpenters (Union) and SNC-Lavalin are sophisticated parties with a long bargaining relationship, so it doesn’t surprise me that they are working out a deal,” Voy Stelmazynski told the Star.

At the ground breaking, Vale Canada’s chief operating officer John Pollesel, director of Vale’s North Atlantic base metals operations, said: “This is an historic day for Vale and demonstrates the importance that greater Sudbury plays in our global operations.

“Starting today, we are building a lasting legacy for our employees, the community and future generations who will live and work in greater Sudbury, and that is truly a reason to celebrate.”

In addition to the environmental benefits, the Clean AER Project will result in significant economic benefits to the community, Vale said in a news release. Vale estimates the project will require about eight-million person-hours of additional labour, with 1,300 additional workers needed on-site during the peak construction period.

“Vale’s Clean AER groundbreaking represents yet another chapter in the success story that is the re-greening of Sudbury, and speaks to the company’s commitment to the environment,” said Ontario northern development and mines minister Rick Bartolucci. “Just as our government has moved the yardsticks toward more sustainable mining practices, it is heartening to see Vale is proactively working to improve its own practices.”

Construction will involve a complete retrofit of Vale’s smelter converter aisle, the construction of a new secondary baghouse and wet gas cleaning plant, a second acid plant, and new material handling facilities to better prevent dust from entering the community, all while the smelter will continue to operate.

Environment minister Jim Bradley, who also served in that portfolio in the 1980s, was on hand for the festivities.

“It is good to see Vale is living up to its environmental responsibilities, and is taking action to clean up the air in Sudbury,” Bradley said.

“For more than 100 years, Vale and its predecessors have played a leadership role in our community and in global mining,” said greater Sudbury mayor Marianne Matichuk, who also participated in the event. “It’s reassuring to see the company continuing this hard work. This project will further cement greater Sudbury’s position as a leader in environmental rehabilitation and green technology.”

Project director Dave Stefanuto said the groundbreaking represents the beginning of an exciting but very demanding period for Vale and the Clean AER project team.

“This project is massive and will utilize the latest technological innovations available to us to retrofit our smelter complex,” said Stefanuto. “Due to the complexities involved, we have put a lot of time, energy, and resources into ensuring the project is executed efficiently and safely, and I’m very pleased that we’re now at a point where construction can begin.”

KPMG is currently assessing the project’s economic and community benefits to better quantify what  the $2 billion in spending will mean to the community. This report is expected to be completed this fall.

In 2010, Vale announced a planned five-year investment program of $10 billion across Canada to enhance and expand its Canadian operations. Approximately $3.4 billion has been allocated to modernize Vale’s Sudbury operations, including the Clean AER project.