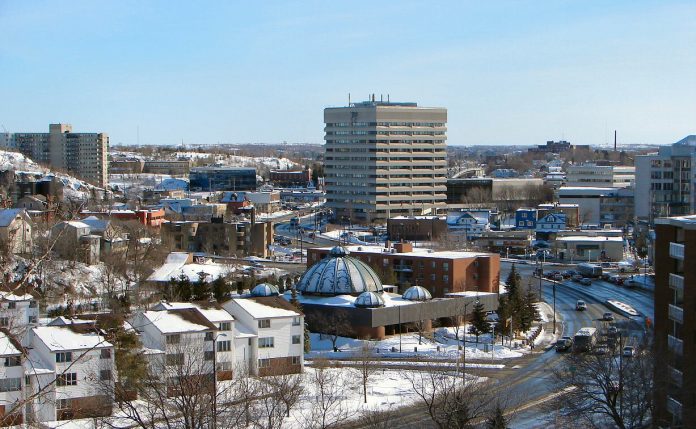 Formed in 2003 to overcome gaps in the delivery of economic development services for Sudbury’s historic core, the non-profit Downtown Village Development Corporation (DVDC) identifies and pursues development opportunities, creates partnerships and advocates for and promotes initiatives to stimulate business and residential investment.

Managing director Susan Thompson says DVDC focuses on Sudbury’s historic core that might otherwise have been lost through the city’s amalgamation and expansion in 2001, working in co-operation with the Greater Sudbury Development Corporation and the city’s downtown Business Improvement Area (BIA).

With federal, provincial and municipal government support and the BIA, the DVDC identifies priority projects. Then it acts as a catalyst and through collaborative partnerships to approach each initiative methodically, step-by-step. “Our over-arching goal is attracting and retaining businesses and attracting residents in the greaterdowntown area,” Thompson said. “Working under the catchphrase of ‘creating a new sense of place’ those projects have included developing a common vision for downtown after extensive stakeholder consultation, a streetscape design project to help improve its image, the creation of an investor’s package for business and residential attraction, a business-friendly website that includes an inventory of properties available for sale for lease in the downtown core.”

Most recently, the corporation encouraged the development of a new downtown master plan, approved in principle by city council in late spring 2012. The plan lays out a menu of investment priorities over a 10-year period, including redefining the core’s boundaries and allocating $12 million for the previously approved streetscape project, which includes re-greening initiatives, downtown gateways, street signs, benches, bike racks and other amenities. The DVDC has also facilitated several million dollars in new building and business development. “We’ve completed a lot of background research including business and customer surveys to create valid baseline data, maintained our position as a strong lobbying voice and have raised consciousness about the need for a vibrant and growing core that can become an economic engine of growth for the entire city,” Thompson said

The DVDC includes property owners, business people and citizens at large, representing a good mix of people who understand the reasons for attracting residents and business to the area. “We’re working to drive both business attraction and residential projects at the same time,” says Thompson. “One of the big challenges to residential development and re-development is the cost involved.”

Thompson says new building codes, environmental considerations and labor costs can make building and conversion prohibitive but that the DVDC is working with developers and the city to try to overcome some of the barriers.

Another hurdle – the lack of parking in older buildings – has already been addressed. “There are a lot of older buildings in the area that would be ideal to convert to residences except that they have no parking. We worked on this issue with the city and in spring 2012 a new bylaw was passed that took three underground parking lots and allocated dedicated parking spots for residents.”

The DVDC also encouraged traffic calming on a major downtown artery. “We succeeded in getting a pilot project approved which includes summer parking along Elm Street,” she said. “Not only is this a traffic calming but it provides an amenity for patrons who will hopefully have reason and opportunity now to visit the businesses along this stretch.”

Thompson said one hurdle to overcome is the need for financial incentives to encourage residential projects. “We need to bring 5,000 more residents into and around the core. That’s going to take some effort and motivation. We do have many projects in various stages of planning and approval but we’d certainly like to see more.”

Thompson says the city is moving forward and is on the cusp of a great things including a new school of architecture to open in temporary quarters next year with plans for a new, permanent home in 2015, the Franklin Carmichael Art Centre and Place des Arts, a multi-use facility expected in two to three years. A new “Inno-Tech” Park which will provide prestige office and green space, connecting to the Elgin Street Greenway, a multi-use promenade linking the downtown area with the lakefront. “We’re seeing an increased corporate presence in the core from not only financial institutions but a new emerging presence of companies in the mining sector. Additionally there is support for a future casino in the area,” Thompson says.

Jean Leblanc with real estate brokerage Malette-Goring Inc. says the DVDC has already done great work. “As brokers we have already seen new and different programs locating in the core which encourages job creation, more people and more activity. The next challenge will be to get more people living here and providing a balance of services to support them but we’re definitely headed in the right direction.”

Leblanc says DVDC and concerted community effort are leading to great potential. “A flavourful mix of combined interests provides economic diversity for the community and we are already seeing the development of this. It will mean great things for the city.”

Thompson says one of the DVDCs greatest strengths has also been one of its greatest challenges. “We are not bound by any political terms, allowing us freedom, but we are also affected by the political landscape and changes there.”

She says consensus building is always time consuming and challenging and, when accompanied by political changes, requires a full-time effort to keep the issues alive and front and centre.

“When we began (nine years ago) we didn’t know where we would go,” she said. “We continue to look at ourselves and our focus and adapt and change as needed. For instance a recruitment council is about to be formalized.”

Thompson says the initiatives are enhancing Sudbury’s compelling lifestyle. “We want to make Sudbury one of Ontario’s best-kept secrets.” 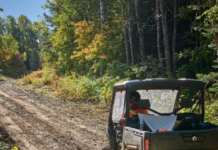 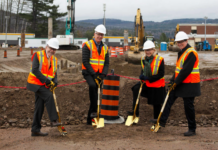 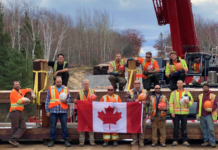