Two reports on a bridge failure in northern Ontario that severed the critical Trans-Canada Highway link between Eastern and Western Canada are in provincial government hands, but won’t be made public until the fall, Canadian Press has reported.

The steel decking on the newly constructed Nipigon River Bridge lifted about 60 centimetres on Jan. 10, forcing a 24-hour closure of the bridge, which is crossed daily by about 1,300 trucks, carrying an estimated $100 million worth of goods.

Two independent facilities did testing on the bolts and have now submitted their reports to the Ministry of Transportation, but the government isn’t making those public yet.

“The study into the bolts is only one piece of the larger picture,” ministry spokesman Bob Nichols said in a statement. “The bolt study provided us with only a partial answer about the bridge, and as such we think it’s premature to discuss it on its own at this time.”

Government bridge engineers are conducting their own analysis and so is an independent engineering consultant with expertise in cable-stayed bridges. Those findings will then be compared and only then will the findings – including the already-complete bolt analyses – be made public, Nichols said. That’s expected to be in the fall.

“This type of work takes time, and it has been made clear to those involved that they should take the time they need to get it right,” he said.

According to the report, NDP transportation critic Wayne Gates called on the Liberal government to release the reports on the bolts.

“Dragging this out will only make it harder to complete repairs before next winter,” he said in a statement.

“People deserve to know what is in those reports, and what’s being done to fix the problems so this doesn’t happen again, and won’t happen elsewhere. Ontarians shouldn’t have to wait until next fall to learn why the Nipigon Bridge failed.”

The temporary repair done on the bridge in January is functioning as expected, Nichols said.

The $106-million Nipigon River Bridge project, the first cable-stayed bridge built in Ontario, opened the first two lanes about two months before the failure. Transportation Minister Steven Del Duca has said it’s capable of withstanding winds in excess of 100 kilometres per hour and temperatures below minus 40 degrees Celsius.

Work on the four-lane bridge project continues, with construction of the third tower “well underway,” Nichols said. The government has said the bridge’s problems were not related to tower design. 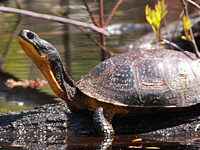 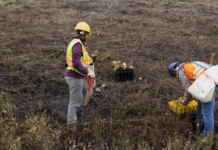