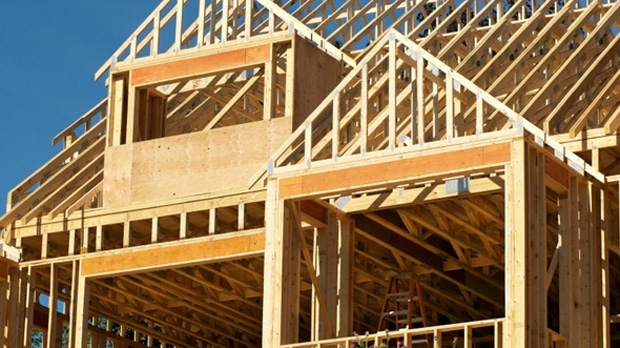 Assessments are calculated and reported on by the Municipal Property Assessment Corporation (MPAC), which recently reported that assessments have increased by 29 per cent in Timmins, 25 per cent in Sault. Ste. Marie and 19 per cent in Sudbury, compared to an overall 17 per cent provincial average increase from MPAC’s last benchmark in January 2008 to January 2012.

These numbers, of course, represent percentage increases – not actual housing costs – which are still relatively low in northern Ontario communities compared to Toronto. However, prices in several northern communities have shown relatively dramatic increases as the economy recovers from a slump and increasing international mining and commodities demand creates now opportunities.

Real estate representatives report that the demand – and price increases – have continued through 2012, with bidding wars in some markets.

Population increases related to the mining industry have been driving infrastructure development and have had a ripple effect on the real estate market, Hummel told the Canadian Broadcasting Corporation.

“The north is coming off a very low base,” he said. “Their house prices — up until this last five- or six-year period — were very low relative to the rest of Ontario.”

The MPAC report notes that home prices in northern Ontario are still comparatively low to those in southern Ontario. For example, a 1,100 sq. ft. bungalow in Sault. Ste. Marie sold for an average of $152,616 in 2011. Those home prices are still comparatively lower than those found in southern Ontario, the report notes. In Sault Ste. Marie for example, an 1,100-sq. ft. bungalow sold for an average of $152,616 in 2011.

Carl Young, president-elect of the Sudbury Real Estate Board, is quoted as saying that housing prices will likely increase substantially this year. With the thriving economy, the local vacancy rate is at two per cent and is expected to dip to one per cent by the end of the year. “We could definitely use more listings on the market,” Young told the Sudbury Star. “No doubt about it.”

Young said hundreds of new homes are being built, which should help ease the overwhelming housing demand.

“Diversification of the local economy and major investments by mining companies are creating employment and underpinning housing prices,” MPAC says. “Sudbury now has two colleges, a university, and the Northern Ontario School of Medicine. Construction will soon be underway on the school of architecture in the downtown core. All of these schools have had an increased demand in enrolment and have had to build more dormitories on their campuses to house students.”

In northwestern Ontario “housing prices began rising in 2002 after being stagnant for two decades,” Diane Erickson, president of the Thunder Bay Real Estate Board, told MPAC.

“While the increase is significant in percentage terms, Thunder Bay continues to be one of the most affordable cities in Ontario because prices had been so low,” MPAC said.

Erikson attributes the increase to Thunder Bay’s success in diversifying its economy from its heavy dependence on pulp and paper and grain shipments from the port, the MPAC report said. “While both the port and paper mill continue to operate, the Thunder Bay Regional Health Sciences Centre, Lakehead University and the university’s medical school have been instrumental in transforming the Thunder Bay economy. This has combined with a lifestyle and location that is attracting former residents back to the community to retire and a shortage of available houses for sale, to keep prices increasing. Like most other Ontario communities, waterfront property in Thunder Bay continues to show the strongest growth.”

Meanwhile, Sault. Ste. Marie Real Estate Board president Linda Brauner says that the market has been growing over the past three years after 25 years of stability.

“Average prices for homes are still below those of southern Ontario communities,” MPAC says. “As well, land prices are still considerably lower than in other communities in Ontario, giving homebuyers the options to have acreage on waterfront property which is increasingly out of price range for average homebuyers in other parts of Ontario.”

“However, because prices for real estate in the north were so low in the 1990s and early 200s, the increase in resale prices is significant in percentage terms,” the MPAC report says.